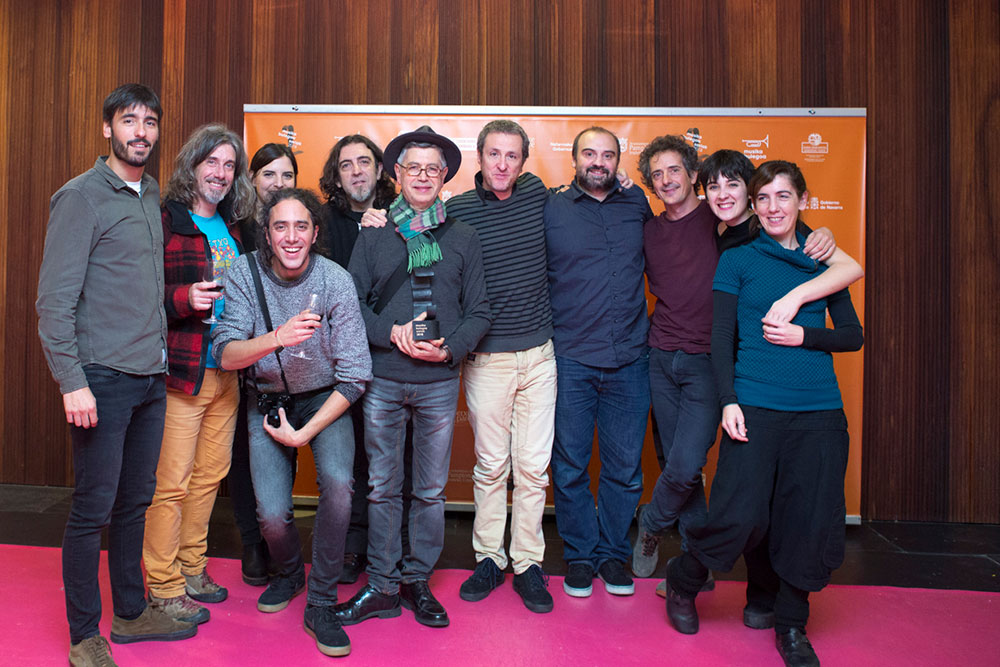 The Euskal Herriko Musika Bulegoa association (EHMBE) has celebrated the third edition of Musika Bulegoko Saria Awards that seek to recognize and make visible the musical quality of the territory.

In the 2018 edition, along with Tosta Banda, the projects of Izaro, Elkano Browning Cream, Atom Rhumba, Gabriel Ercoreca, Juan Mari Beltrán and Kalakan have been awarded, for representing the diversity and musical quality that coexists in Euskal Herria.

In the words of the jury, the reasons to reward the Tosta project are, among others, to stand out as one of the most special folk proposals of the year, the mixing cultures, the team work, the promotion of minority languages, unbeatable musical arrangements and the ” joy of living” that emanate in a fascinating live.